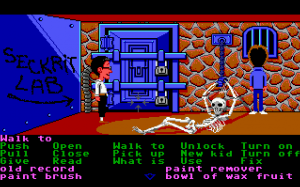 From the late 1980s to the early 2000s, LucasArts was well known for their point-and-click graphic adventure games, nearly all of which received high scoring reviews at the time of their release. Their style tended towards the humorous, often irreverent or slapstick humour, with a few exceptions. Their game design philosophy was that the player should never die or reach a complete dead-end, although there were exceptions to the former.

Many of the games shared similar game interfaces and technology, powered by SCUMM (Script Creation Utility for Maniac Mansion). After 1997, these games transitioned into 3D graphics with the GrimE game engine. Common features between the games include in-joke references to both other LucasArts games and Lucasfilm productions, as well as other running gags, such as Chuck the Plant and Sam & Maxcameo appearances, that spanned numerous games. Most of the games were designed by the people with experience from creating preceding adventure games for LucasArts, whilst the same composers were involved in the majority of productions. 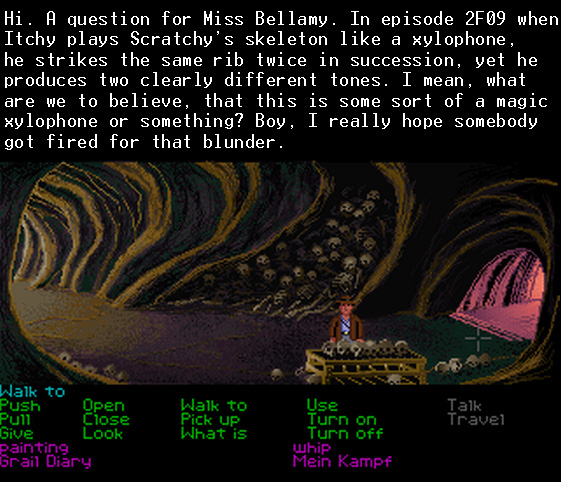